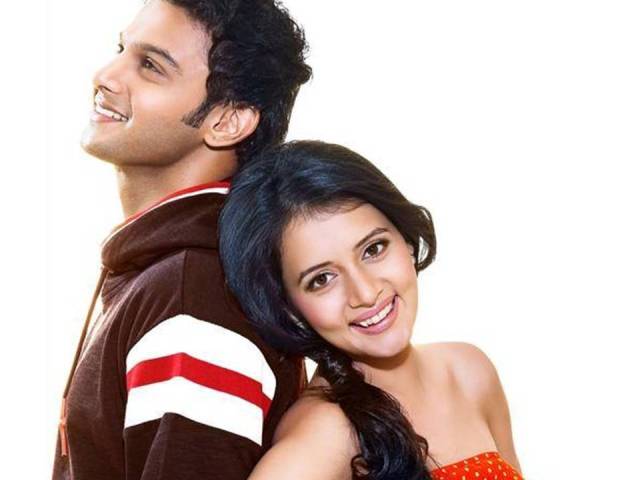 The Marathi film world is short of movie releases every month, hence you can find seldom Marathi movies hitting the theatres. However, this Friday (10th October 2014) was fortunate to witness a movie – Ishq Wala Love hitting the single screens and multiplexes all over Maharashtra and even some other parts of India. The movie is directed by Renu Desai, while the main leads in the movie include Adinath Kothare, Apurva Nemlekar, Sulagna Panigrahi, Suchitra Bandekar, Bhargavi Chirmule, and Guru Thakur. The music comes from Vishwajeet Avinash, S.j Surya and Sagar Madhur, while the cinematography comes from Binod Pradhaan. The movie falls under the romantic category for the Marathi audience.

Now let’s check the plot of the movie, well it is nothing but a modern and lively love story, which is based on the axiom that you only realize anything when you lose it. Similar is the plot of the Ishq Wala Love romantic movie. You have a boy meeting a girl just by chance and soon fall in love with the girl. The love at first sight with conventional ups and downs in their love story is all seen, when the boy finally proposes the girl for marriage. The main lead Adinath plays the character of Ajinkya, who is a practicing lawyer, having also his interest in music. He is fond of making music albums and in a quest of finding a new face for his video as he catches the face of Ovi played by Sulagana who happens to be a career conscious banking professional. Since then you find a typical romance in the movie wherein even the families are involved in the same. Then you have dance, music and songs, fights and reconciliations. The twist, however, comes when the girl goes against the marriage proposal and offers the guy to have a living relationship. However, with this proposal from Ovi, the boy is deeply hurt as he is more interested in marriage rather than going for a hedonistic proposal. So, it would be interesting to see what goes in the end.

As far as the script is concerned, it is new, modern and out of the box considering the perspective of any Marathi movie. However, seeing the way the society is changing into global village and you have a deep impact of the western society over the Indian sub continent as well, hence such stories are inevitable to be roped in even in the regional movies and Ishq Wala Love is no exception. However, how much the audience especially the ones based in the deeper roots of Maharashtra would be interesting to check. Perhaps such bold script in Marathi movie perse would be more acceptable in the urban places rather than the rural areas in the state. Now, let’s check the performances, no doubt the director has been successful in translating the script in the form of powerful script. The performances of both the lead characters have been phenomenal especially the character of Ovi by Sulagana wherein she as a talkative and modern, self motivated girl has been incredible. She has done justice to the character which she has played for the movie. She dominates in the first half, and at times may find the overdoing of Ovi it, which could hamper the interest of the audience giving too many loo breaks.

The love story is based on two souls with perfect mismatch, however, the guy despite all odd wants to pursue it in a conventional manner, in which the Adinath has been fabulous in it. The movie is completely romantic love story, which you would feel and enjoy all the time. It has good music, which nourishes the romance in it, the songs are cool and so is the dance and other elements as well. The movie is shot at one of the most lavish sets and cinematography reaches to its zenith giving the audience some of the best results. Overall the movie is okay and an entertainer stuff, which can be liked by the urban audience.

Predictable love stories now have become the part and parcel of Marathi Cinema and Ishq Wala Love is no exception. The movie though claims to be different but can be called the same as it has a different script to some extent considering the living relationship aspect. However, performance wise, the movie is awesome as the lead actors have done all justice to their roles. The first half can be a bit boring and dull, however, the second half compensates to some extent. Yet at times could give you loo breaks. At least, the romantic movie fanatics would have good time watching the film at least for once.