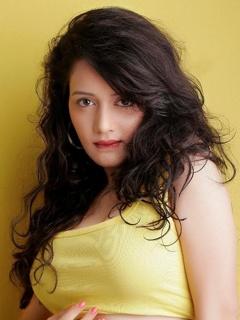 Sulagna Panigrahi (bubbly) innocent face can deceive you to believe that she can play only sweet roles. But with her sheer talent of acting and her expressive face, she has played even a negative role convincingly. Sulagna Panigrahi, after playing lead roles in many Hindi and Oriya television serials, got her big break in Bollywood when Mohit Suri casted her for a small role in the film Murder2. She played the role of a small time prostitute who is a college students and earning from the profession to meet her needs, becomes a victim to the psychopathic killer. Though a small role , it was a big opportunity for the actress for which she was highly appreciated . For the same role, she was awarded the best actress in supporting role in the Apsara awards in the year 2012.

But her real recognition as an actress was in the endearing serial roles that she played early in her career. In both Oriya and Hindi serials, she has played homely and girl next door roles that made her really popular among the audience. Her sweet face and her homely demeanor has bagged her many interesting roles like the one in Amber Dhara , Do Saheliyaan and Bidaai.

The actress has presently bagged he lead role in the Renu Desai directed Marathi movie , Ishq Wala Love. She is paired opposite Adinath Kothare in the movie which is based on college love and friendship. The movie which is a multi starrer, has Sulagna playing a role which says is close to her heart . In the movie she is bubbly and high spirited girl falling in love with a guy who is completely opposite to her.

The lovely girl is also working on a movie titled Gurudakshina which will also release this year. She has also signed few Tamil films .