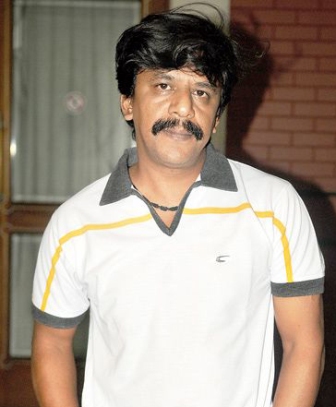 Born in the year 1974, Upendra Limaya began his acting career early in life. Till now he has had an extremely successful acting career in which he has worked with many accomplished directors of the likes of Madhur Bhandarkar, Ram Gopal Verma, Amol Palekar, Rajiv Patil he has won many prestigious awards for his contribution in Marathi and a few south Indian films.

From childhood, Upendra was a big fan of movies. While in college, he created a theatre group of his own named Parichay . The group produced quality plays for few years before Upendra entered into mainstream of cinema through the medium of theatre.

When Upendra Limaya said yes to the Rajiv Patil directed Jogwa , little did he know that the film will go down into the history if Indian cinema. Based on the rare tradition of Jogwa and Jogwin in the villages of Karnataka and Maharashtra, the film is a depiction of the lives of the slaves of the suppressed classes of the society who live a miserable life. Upendra received the national award for best actor in the year 2009 for the film. Many awards and accolades followed the actor for the same film includieng Best Actor Shivaji Ganeshan Award Year : 2009 Film Jogwa, For Outstanding Contribution to his Profession Maharashtra Ratna Puraskar Year : 2010 to name a few.

Upendra may not be a big star but his powerful performances have earned him great respect and adoration. His versatility and variety in roles make him bankable actor. Be it any kind of role, he brings it into life in a subtle way of his own. He can be the fierce police inspector, he can also be a man next door who can surprise you with his villainy. Even in his small roles he has performed powerfully and created an impact. For example in the film, Page 3 directed by Madhur Bhandharkar, he played the small role of inspector Arun Bhonsale and created a strong impact. In the film, Mee Sindhutai Sapkal, he played the role of Srihari Sapkal and won huge appreciation even though the film was centered on the female lead character.

He was also a part of another Madhur Bhandarkar director film , Traffic Signal which was based on the lives of the of the people living on footpath and earning a livelihood by doing tricky jobs. He played the character of mangaya which again was a small but vital role.

In the September 2014, Upendra was paired with Sai Tamhankar in the film Guru Pournima which is a fresh love story and a one of its kind role for the actor who is usually associated with serious characters. As an experiment, the actor has turned on a new shade of his personality for his fans.