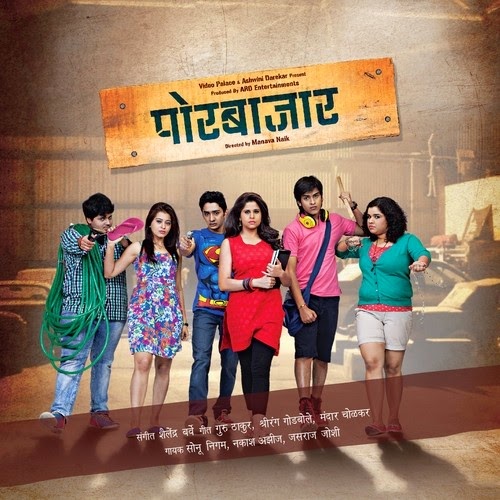 Por Bazaar looks frivolous but it deals with a topic of utmost importance. Por Bazaar begins with a ride of fun but the journey ends on a serious note. Five friends , would rather spend time frolicking with each other instead of being in a class that doesn’t catch their interest. One fine day their life takes an unexpected turn and they end up in a problem which in which they are not alone. The predicament brings out their talents as individuals and also friends and humans. How the seemingly ordinary young students become heroes in life is the story all about.

After a long investigation, The group of friends are exposed to a secret about a mysterious house. The house has children trapped inside for trafficking and the culprits are absconding from law. What happens when the youngsters, who till now were irresponsible about their life, are suddenly filled with a spirit to save the children? Inspired by a zeal to save the society from such evils, how they execute the task of liberating these children from the clutches of traffickers? The story unfolds in the climax to give answers to all these questions.

The cast includes only one star name that is Sai Tamhankar. The actress , known for her bold and impaction roles is once again cast in a vital role of a teacher who is full of visionary ideas for her students. Not a conventional teacher, She is a friend and adviser to the youngsters and later in the story participates in the plan of relieving the children from the traffickers.

Ankush Chaudhry has also pulled off a critical role that deserves a special mention. The actor, who is known to do wonders even in small roles, has once again done a good job. Swapnil Joshi, who appears in a promotional song looks refreshing. A cameo by Bollywood star Farhan Akhtar is a welcome for the Marathi audience.

The performances from all the five young faces are worth appreciating. The director, Manava Naik has succeeded in bring out various shades of emotions form the budding actors both as frivolous youngsters and later in the story when they act responsibly. The music, by Shailendra Barve, works like a vehicle for the story to proceed and provides an apt background for all the excitements and complications.

This adventure drama is sure to go down well with the young audience and college goers. The film is fresh and the subject is critical to the present times. The wave of social awareness has definitely caught our filmmakers too. It remains to be seen how well the audience accepts it.