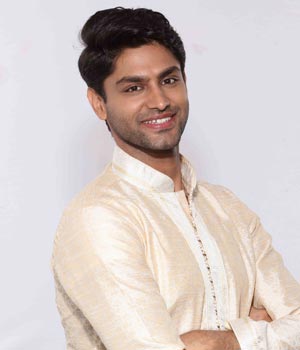 This Maharashtra’s young man Rishi Saxena seems to have got into limelight with the role of Gauri’s man in a TV serial called Kahe Diya Pardes. He hails from Mumbai wherein he was born and brought up at. He did his schooling and college from Mumbai itself. After completing his studies, he went to the obvious choice of acting and with brief struggle; he got the chance to enter Zee Marathi serial called Kahe Diya Pardesh, which is a story of two people belonging to two different cultures but fall in love with staying in the neighbor. The TV serial is all about uniting together despite diverse cultures, which is aired on Zee Marathi from Monday to Saturday – 9pm to 28th March.

In this serial, he is a young man from Banaras from North India in search for a decent life. He then finds a job in a company, however, is unable to adapt the culture. Shiv shares a special bond with his mother and is then supported by his neighbor called Gauri to adapt the new culture and thus seen adopting the way of life of the new City called Mumbai. He then learns how he survives in a city of dreams while accepting the new culture with the help of lady to whom he falls in love with him.