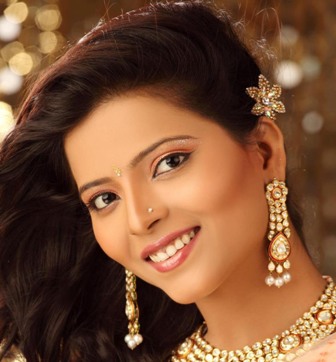 Suvarna Kale needs no introduction in M Town and Marathi small screen. She hails from Pune wherein she was born on 3rd November 1985. She did her schooling from Pune and college from SVVM from the same city. Since she wanted to know what she has to do in her life, she simply headed to Mumbai to pursue her dreams in the world of acting. Since she came from a small family with no film background, she had to struggle a bit in order to enter in the acting world. She loved dance and acting and hence has been trained in Lawni apart from being active in participating different plays.

With not much struggle, she got the chance to do a Marathi play called ShukrachiChandni (Lawni). Her work in the play received positive reviews and applauds making her dream to work in M Town films simple. She is extremely is popular for the rendition of Marathi Lavni dance form. She did her debut in Marathi movie called YaTopikhaliDadle Kay the year 201. And in the same year, she got the chance to do another Marathi film called Dankyavar Danka. Talking about her personal life she is still unmarried as keep to focus on her career.