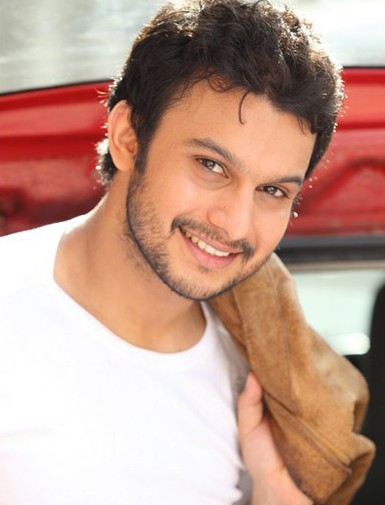 Adinath Kothare is the winner of the best child actor award in the year 1995 for his work in the film Maazha Chhakula. Little did the young star know that this film would define his career later in life. That was Adinath’s early beginning of his acting career and thereon this talented lad has been a part of many good films and television serials both as an actor and as an assistant director.

Wiki : Acting is not his sole passion , films remain his area of interest from childhood. But the youngster decided to start his career from assisting directors in films. Being the son of filmmaker Mahesh Kothare, he quickly set himself as an assistant director for many of his father’s films. He was the assistant director in the films Chimney Pakhare, Pachadlela and Khabardar . He has assisted in the film Subh Mangal Savadhan. The actor plays one of the lead roles in the Renu Desai produced and directed much ambitious project Ishqwala Love which is a campus loves story but with a twist. The film is all set to release in the coming month. The team of the film is promoting its film in an interesting way. It is visiting colleges across Pune and Nagpur to connect directly to the young audience for whom the movie is made.

Adinath is paired opposite Sulagna in Ishqwala Love. The actors are already a hit pair for their apparently sizzling chameistry on screen. They are all set to become young hat throbs in the Marathi cinema industry.

Apart form acting, Adinath is a sports enthusiast too. Right from his school days , Adinath played many sports and won many prizes. At present he indulges in adventure sports and water sports apart from Cricket and snooker.

Born on 13 may 1984, Adinath found his calling into films early in life after he played the lead role in the film Maazha Chakula. He not only won the state award but was also nominated for the national award in the child actor category. Later he took to shooting small time documentary which included the making of the film Khabardaar.