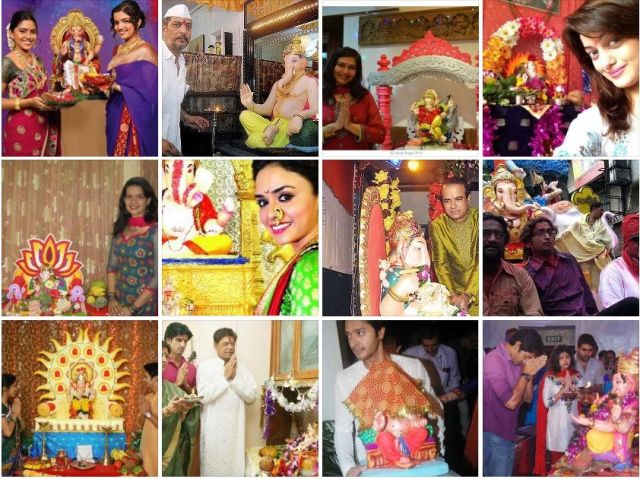 This Ganapti Visarjan promises to be a star studded affair . In a city like Pune, where Ganesha festival is celebrated with much enthusiasm and fervor, celebrities have joined the masses to express their devotion for the lord of wisdom. In the beginning of the festival we learns that actors and actresses were promoting the adoption of eco friendly ways for celebrating he festival. Now at the conclusion of the festival, many celebrities will be part of the celebrations. Tejaswini Pandit and Amruta Khanvilkar are all set to take part in the Visarjan in Pune. The actors were seen last year also in the procession oozing enthusiasm and devotion of Lord Ganesha. Mrinal Kulkarni is immersing her idol today. Mrinal had recently urged her fans to take to eco friendly means for Ganesh festival. She also made an idol of Ganesha from the shadu clay which is harmless to the environment. Her posts and pics with the idol on the social media did arouse many for her fans to do the same.

Hrishikesh Joshi and Mangesh kanthale are excited about the celebrations and procession of which they are going to be apart of. Astad Kale and Ajay Purkar will be also active in the procession group. Lord Ganesha has infused a new fervor in our celebs.