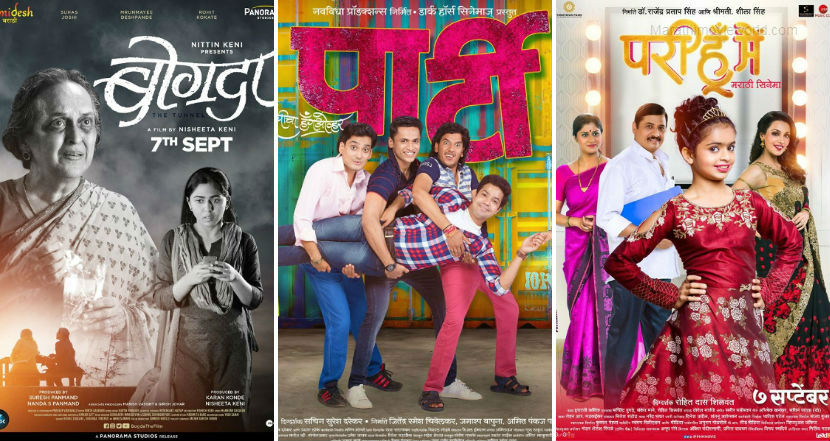 The M Town this Friday has given a busy day having three films releasing today giving nothing but too many options for the audience to catch. The films released happen to have different genre and are likely to give diverse options to catch this Friday and the coming first weekend. These include the films – Party, Pari hoo mai and Bogda. Let’s start with the film Party first. The movie happened to have a decent buzz in the media ever since it embarked with the trailer of the film. Thus it was able to maintain a decent occupancy report, starting with 10 per cent and ended up with 60 per cent giving an okay figure on the first day. As per reports, the 1st day box office collection for Party reached to around 75 lakhs.
Now, let’s talk about the second film – Pari hoo main. Well, as per the reports, the film had a very meager buzz in the media ever since it was announced and it continued with its poster and trailer releases. Though the film addresses an important subject, yet the makers failed to promote the way it deserved. Secondly, the star value of the movie too was low and similar was the story with other aspects of the film. So considering the current buzz the mixed reviews it managed to gain by a majority of critics, it failed to impress the audience. As per reports, the 1st day box office collection for Pari Hoon Main reached to around 50 lakhs.
Now, let’s talk about the other movie – Bogda  and the way it has performed over the box office.  The film had a decent review and it has remained the buzz of the town for being nominated at the New York festival, which gave it to prosper in the media. Also, the reviews have been great, which somewhere helped the film to earn a decent review. So considering the market buzz and other things the film Bogda  has managed to do better over the box office. As per reports, the 1st day box office collection for Bogda  has reached to around 70 lakhs, which seems to be a decent figure. The experts feel that Bogda will increase its collection in the first weekend for sure.