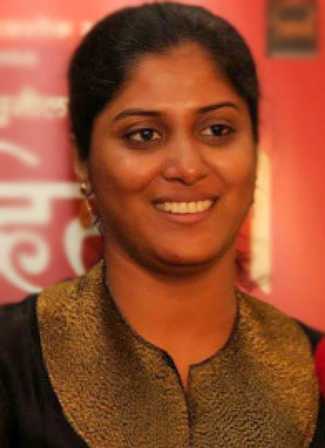 Devika Daftardar happens to be an Indian film actress who mostly works in Marathi cinema. She hails from Pune and was born and brought up at this place only. She did her schooling and college from Mumbai and aspired to be an actor since her school and college days. Hence she remained active in the field of drama and plays so as to shape up her acting skills. So once she completed her education from Mumbai University, she started looking for a break in the acting world. It started with Marathi Cinema getting her first break in 2004 wherein she got the movie called Devrai.
Since then it was no looking back for her as she kept on getting on film or the other. Soon she got another movie called Nirop in 2007 and then did Ek Cup Chya in the year 2009, while then in 2013 she got another movie called  Astu and then in 2014 she got another movie Nagrik (2014). Her latest movie was in 2015 and 2016 called Maratha and Kaasav, which helped her get recognition as well. Her latter movie has given her the award at the Mumbai Film Festival in the year 2016, which finally got released in theaters in October 2017. Her latest movie is Pari Hoon Main, which is released recently in September 2018.
Talking about her personal life, she is married to Virendra Valsangkar who happens to be freelance filmmaker, a documentary maker, nature lover, traveler, music lover and many more. The two appear to be a perfect couple and have got married recently though they do not have any kids at the moment. She balances her life and work perfectly to get the best life here. Well stay tuned to know about her and others only with us. Or if you have anything to share about the lady do feel free to share about it.