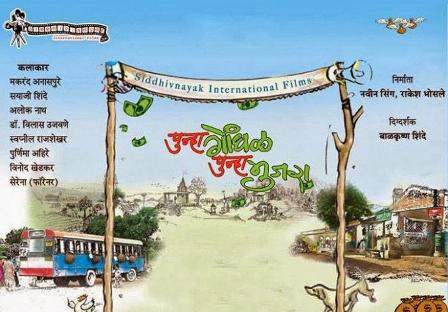 The two veterans of Marathi comedy Makrand Anaspure and Sayaji Shinde are uniting once again to tickle your funny bones in Punha Gondhal Punha Mujra. Makrand and Sayaji are both much loved actors f the Marathi screen , they are uniting for the sequel of a previous hit film Gallit Gondhal Dalit Mujara. The film is all set to create a laugh riot in theatres on 10 October .

The film is directed by Balkrishna Shinde, who has been associated with theatre and short films for a long time. The director ,who was himself an actor ,is known for creating powerful stories on the silver screen. Punha Gondhal Punha Mujara will be a political comedy. Time and again political comedies have succeed at the box office. This one with much acclaimed and popular actors in it has raised expectations among the audience. The film is produced y Siddhivinayak international films. Its cast includes Makrand Anaspure, Sayaji Shinde, Alok Nath, Ashish Vidyarthi, Maledina Alexandra, Rasika Vaze, Pornima Ahire kende, Dr. Vilas Ujawane, Swapnil Rajshekhar, Siddheshwar Zadbuke, Vinti Bhonde.

It provides a humorous outlook to the political turmoil in the country. It is about the clash of two highly powerful politicians. The story has been penned down by Arvind Jagtap. It expected that the film will be even more hilarious than the prequel which was also a political drama apart from being a comedy.