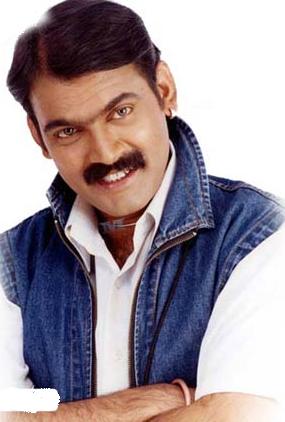 If comedy is the most difficult part of acting on screen then it is also the easiest way to make space in the hearts of the audience. Makrand Anaspure is one of the actors who possess exemplary comic timing and a natural gifted skill to make people laugh. He has made the Marathi viewers laugh for more than a decade now. As  a fact comedians excel more in regional films than in an industry like Bollywood where it is glamour that sells. But opportunities do not come only by chance in case of skilled actors like Makrand anaspure.

Wiki : Television has served as a launch vehicle for many great talents like Makarand. He played  a small role in the Sachin Pilgaokar directed popular comedy show Tu Tu Main Main. When he started his career with the noted film Sarkarnama , he was cast alongside Dilip Prabhavalkar and Ashwini Bhave and Milind Gunaji. In the multicarrier film that was a political drama Makrand impressed everyone with his acting skills and was noticed for his talent. Being completed fascinated by films he took to assisting directors in his early career. Yeshwant, a hindi film, starring Nana Patekar , Atul Agnihotri and Madhu was one such film.

Makrand has also played few good roles in hindi films too.He was a crucial part of Hindi films like Vaastav, Oh My Friend Ganesha . Recently he appeared on the Marathi television as a judge for a comedy reality show Fu Bai Fu.

Though Makarand has excelled in all domains of aging it is comedy that he is so well known for. He is a favorite among the fans of Marathi films . He wons hearts for his films like no Problem ,  Baap Re Baap Dokyala Tap. The much heavy budget film Guldasta wa s also a big winner at the box office. Tejaswini Lonari and Jitendra Joshi being the other actors, Makrand once again tickled the funny bones of the viewers. Hapus and Full3 Dhamal are few other films worth mentioning for which Makrand deserves huge praise. Films being his passion, Makrand has stepped into other domains of film making as well. He has produced, directed and written dialogues for various films in the recent past.