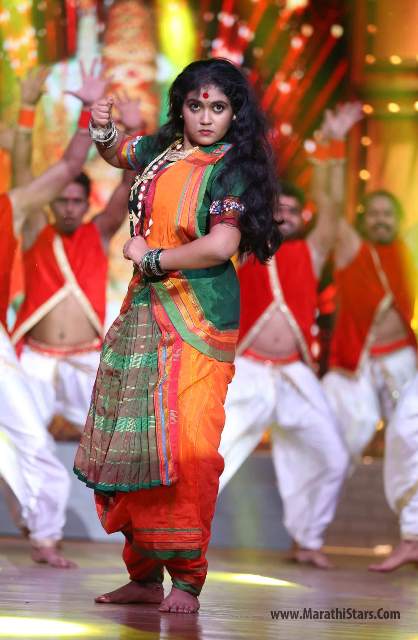 The Sairat fame actress Rinku Rajguru who has done her debut in the film Sairat is making headlines for another reason now. She is spotted performing in a series of events on the songs of her own films. But as of now, this is not the first time she has danced before the people.

In fact, she has performed even on the older songs like Mee Raat Taakali, Tuga Durga Bhavani and so on. The event called Unch Maaza Jhoga Awards witnessed her dance, which was aired last week at the popular channel called Zee Marathi. Here are some of her special photographs of her performance, how about checking them as under: