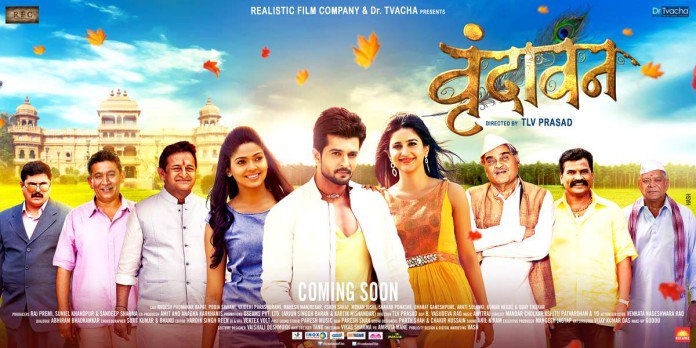 The most awaited Marathi movie – Vrundavan is gearing up for its release in the coming month. Hence you could see the filmmaker active getting to see the launch of a poster of this film. It was just yesterday when it’s poster was launched in one of the best locations like Aayush Report, which is often used by big car brands for their car launch events.  The film has Mahesh Manjrekar, Mohan Joshi, Ashok Saraf, Uday Tikekar, Bharat Ganeshpure and Sharad Ponkshe in the lead roles.

This makes the film to be a good blend of a decent star cast, along with a number of other elements, which make the film appear good in terms of locations, good story and other elements. This means you can find the film to be a rich spice of entertainment and action, so, what more can you expect from any Marathi Movie. The film will be releasing in February 2016, however, before  it hits the theatre, why not check the poster and revert with your valuable comments.