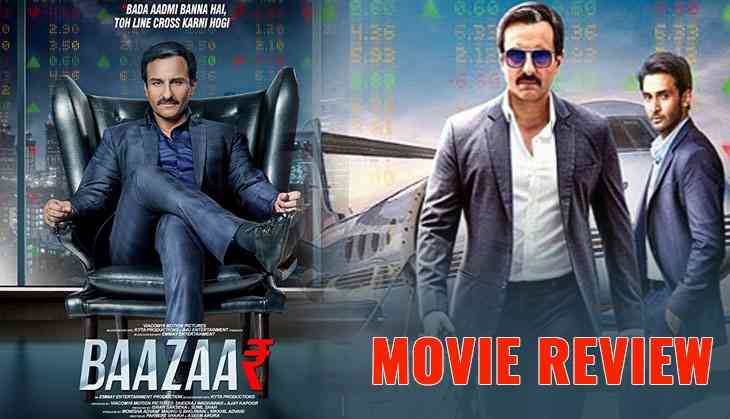 Story :
The film is all about showcasing the cut-throat world about the stock market where we find Saif Ali Khan playing the role of a stock market veteran, while we have another guy a newbie in the market from Allahabad called Rizwan Ahmed who has one mission – to wedge his foot in the market. Things go well for the two right until they do not get the one. Rizwan reaches Bombay enters the world taking big leaps though he is warned by Saif’s wife played by Chitrangada Singh. So, what really goes at the end is interesting to catch.
Baazaar Review : 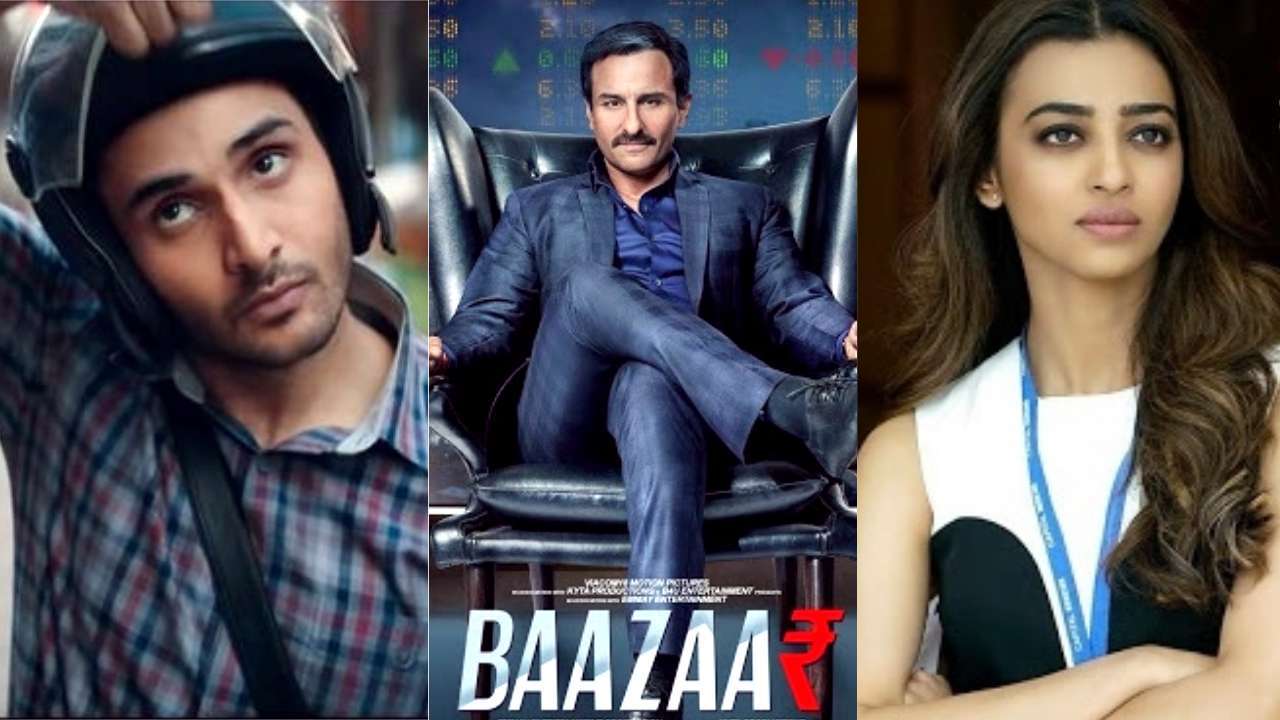 The film is based on the share market fox played by Saif wherein Greed is God , which talks about the way things work in the market. For the audience, the film is saturated by love stories and love saga backed my edy thrills would be liked by one and all in B Town thus giving a decent catch for the entertainment. Though the film talks about the wall street buzz and the hype around the money it instills, you have entertainment promised in the film that makes it edgy for the audience. Also, the film happens to be a sleazy one with different shades of grey being portrayed nicely over the Airlift fame director over the silver screen.

One of the key highlights of the film happens to be the performance of Saif Ali Khan who has played the fox of the stock market. With his Gujju persona, Saif has added the right gleam in the character of Kothari which he played in the film. The others like Rohan Mehra, the ladies adding the glam touch in the film too have played their decent roles in it. And so are the other aspects of the film including music, writings, direction, photography and other technical things helping to boost up the entertainment value of the movie to a great extent.

Baazaar The Last word :
The film Baazaar happens to be a slickly made film, which is based on the stock market world of Mumbai and the fox at the center who loves to make money and multiply them. It has all the elements of masala which anyone would want from the film making a worthy watch this weekend. Even if you are not the fan of Saif Ali Khan, you can catch up this movie for the thrill and crime that goes behind earning bucks.