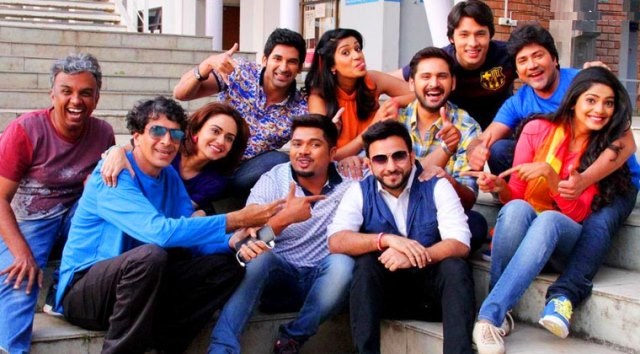 The newest campus film Bus Stop will be hitting theatres soon. As the end of every year witnesses big budget movies and fiestas, Bus Stop will be releasing on the same eve of festivity. With many potential films lining up, Bus Stop is bound to attract crowds thanks to the presence of lovely actors that are beamed up with energy. The star cast of Bus Stop is an ensemble one. It includes Pooja Sawant, Amruta Khanvilkar, Aniket Vishwasrao, Siddharth Chandekar, Hemant Dhome, Akshay Waghmare, Rasika Sunil, Suyog Gorhe.

The shooting of the film Bus Stop was announced to be concluded. The post production is in the last stages and will be wrapping up soon. The final release dates are not yet announced.

Director Sameer Joshi has put his heart and mind in this film that has a special take on love and friendship. Producer Shreyas Jadhav is impressed with the way the film has turned out. Bus Stop is another much awaited film of this year along with Sai Tamhankar and Priya Bapat starrer Vazandaar and Priyanka Chopra produced Ventilator.

Bus Stop is sure to pull crowds as it has known and popular faces from the young generation of the industry. Pooja Sawant , Rasika Sunil and Amruta Khanvilkar are the current heartthrobs while Aniket, Siddharth and Hemant are present popular actors in Marathi cinema.

Baba Retire Zale is a Heart Wrenching Drama, to release this Year End