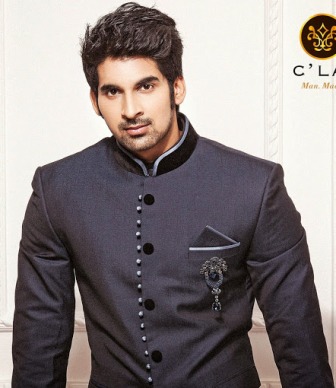 Akshay Waghmare is originally known as Amol and comes from the prestigious family of Dada Konke. He hails from Mumbai wherein he was born and brought up at. From his early days of student life, he wanted to be an actor. In fact, he was an active fellow when it comes to cultural activities and was even attached to theatre group doing a couple of plays both at the student life and other places. This laid the foundation stone to the world of acting. The name Akshay was given by her grandmother and they all supported him for his career.

His initial days of acting was tough, he got a small role of a police constable, which fetch him an amount of Rs. 300. He immediately rushed to his grandmother’s place but was shocked to see her on the bed of death leaving him shell shocked. He then changed his name for the memory of her grandmother. With small roles in silver screen movies in M Town, Akshay Waghmare soon bagged a lead role in the Marathi film called Youth. His earlier Marathi movies include The Strugglers – Amhi Udyache Hero in 2012, while the other is Hou De Jarasa Ushir. Talking about his personal life, he is still unmarried and is focusing in his career.