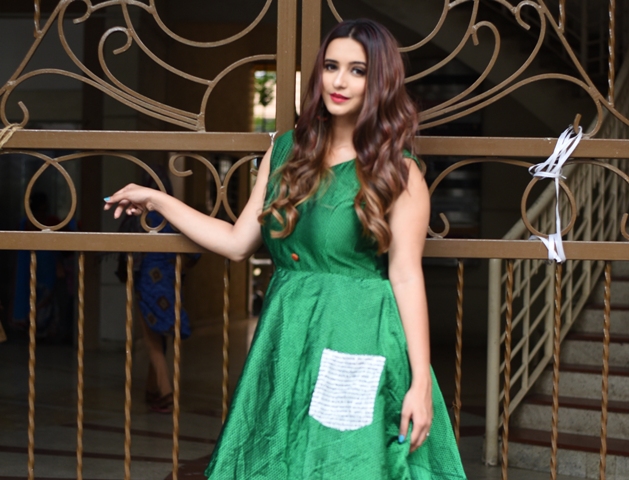 Shivani Surve is a popular Indian TV actress who is known to work in Hindi and Marathi TV shows. She was born on 29th August 1990 in Dombivali and brought up in Mumbai and its suburb. She has done her schooling and college from Dombivali and Mumbai respectively. Since her childhood she has been keen in dance, which laid stone of glamor world in her life. As soon as she completed her education, she headed to Mumbai to make her career in the world of acting. Soon after a brief struggle, she managed to get a role in a Marathi TV serial called Tu Jivala Guntavave wherein she played the character of Anaya.

Soon she got the chance to work another Marathi TV serial called Sundar Maza Ghar wherein she played the character of Sai while followed by another Devyani wherein she had the lead role in making her popular in the small screen. Soon, she got the chance to work in Anamika as Chhavi Jeet Saluja followed by the two Navya as Nimisha Bajpai and Phulwa as Champa. For her decent performance, people want her to act against Pratap Hada in Saath Nibhaana Saathiya. Now talking about her personal life, she is not dating anyone and wants to focus in her acting career. She has even worked in a Bhojpuri film called Ganga Mili Sagar Me.