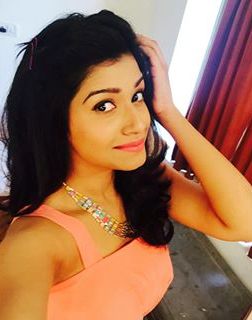 Rasika Sunil was originally called as Rasika Dhabadgaonkar who is a known classical singer in of M Town films and Marathi TV serials but also has been the actress, dancer and model.  She was born on 3rd August 1986 in Akola and then went to Dombivili wherein she had her childhood and education. She her junior college from Penderkar College she then went on to do her Bachelor in Media Studies from Thane based college called Bedekar College. Her mother is an actress that helped her to choose her career in M Town while her father is a CA and based abroad.

Rasika Sunil is trained in Indian classical dance including in Bharatnatyam with her college and later also learnt classical singing. She commenced her acting career with a Youth Festival and Rajya Natya Spardhas while she started her classical singing during the time of her junior college days. She participated in a number of musical concerts in these days, while Ek Vaja Kshan was among her first Ekankika. In 52nd Cultural festival her play called Love Aaj Kal won the first prize.

Later Rasika Sunil got the chance to participate in Lux Jhakas Heroine and thus faced the Camera the first time. She got the chance to work in Poshter Girl lavani along with Sonali Kulkarni and Hemant Dhome and then performed the same at various places. Now, she is gearing up for her next release called Bus Stop. Her other movies include Kalla and Kashyala Lavato as a Lavani Performer. As far as her TV are concerned she was only seen in the above said dance reality show. As far as her personal life is concerned, she is still to be married.