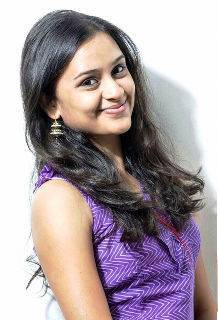 Parna Pethe is a popular actor from Marathi serials and films. She was born on 5th June 1990 and was raised in the same city. She did her schooling from Pune followed by doing her BA from Pune University and then went on to do her masters in Psychology from the known college Fergusson College from the same city. In her college days she has been active girl in participating in a number of cultural activities and plays that laid the foundation for making for career in acting. She primarily did a number of historical roles in different plays and drama including the ones called Purushotamma Karandak.

Apart from doing a number of plays and dramas she also learnt Indian classical dance like Bharatnatyam and also has the fellowship for her contribution as a young actress in Marathi theatres for having a natural charm in her acting. Some of her popular plays in theatre include Satyashodak wherein she did the role of Savitra Fule followed by another called Bed Ke Neeche Rehnewali which happens to be the children play. She then got the chance to enter the M Town doing her first movie as Photocopy in 2015 wherein she had a double role in it.

Her performance in Photocopy was applauded by difference quarter and said above, she has a fellowship for being a good role in theatres she got an award for her natural acting. This helped her get another movie in M Town called Rama Madhav. As far as her personal life is concerned, she is still alone and not dating anyone as she is very much keen in focussing her career in M Town, which all started in the year 2014. So, as of now in two years, her career is going great guns, thanks to her acting skills and talents.