Baba Retire Zale is a Heart Wrenching Drama, to release this Year End 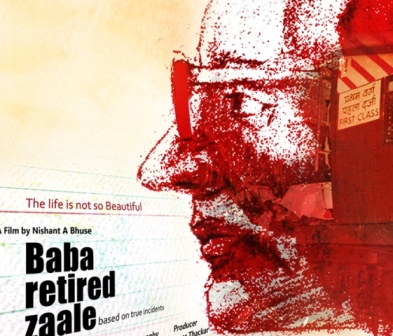 Baba Retire Zale! An unusual title for sure. Film maker Nishant Bhuse has chosen this quirky title to tell the heat touching story of victims of 7/11 blast in Mumbai. The film maker has chosen few real stories from the life of survivors and victims’ kins of the unfortunate terrorist attack in 2008.

Baba Retire Zale’s trailer was released three months back. Now the movie is ready to release almost around the same time that is year end. The attacks had occurred eight years ago in Mumbai. Nishant Bhuse, who himself witnessed the attacks closely sought this theme as worth telling. In Nishant’s own words, this film is close to his heart as it has left an indelible mark on his life and memory.

Baba Retire Zale will encompass suspense, emotions and a soulful saga of the victims told in a lively manner. This will be portrayed with talented actors essaying roles of common characters of everyday life.

The cast of Baba Retire Zale is fresh and that itself makes the film impact, according to Nishant. What remains to be seen is whether the film manages to pull crowds in theatre and bring attention of the authority towards the plight of the victims of the attack who still suffer from its aftermath.