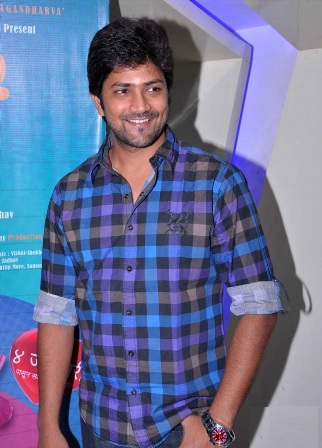 Thanks to his dashing looks and charming personality, Anikit Vishwasrao has bagged many potential roles in Marathi films in the recent past. Anikit Vishwasrao has acted in acclaimed films like Hawa Aane Dey, Spandan, No enry Pudhe Dhoka Ahe. The actor is associated with the theatre for many years. He also played pivotal roles in television serials like Oon Paus and anchored shows like Maharashtrachya Superstar anchored few television serials Eka Peksha Ek. Anikit has had many releases in the last few years and has got really popular with the young audience lately. His Bol Baby Bol , a family comedy drama released in November 2014.

Anikit was born on 7 May in 1981. The 33 year old actor was a part of the multi starrer comedy No Entry : Pudhe Dhoka Ahe which was a major blockbuster in 2012. He played one of the husbands in the comedy thriller drama. Besides this he has been a part of the critically acclaimed film Hawa Aane Dey. It was an international project that was not given a clearance by the censor board of India because of extravagant music sequences but it was premiered in various international film festivals and got rave reviews. It won many international awards including Special Jury Mention (Hong Kong International Film Festival).Anikit got recognition as an actor owing to this film but unfortunately it has not released in India yet.   Anikit acted in the Kareena Kapoor starrer Chameli in the year 2003. In the film in which Kareena played a street prostitute he played a small role that went unnoticed.

Yeda that released in 2013, saw Anikit sharing screen with the acclaimed actor Ashutosh Rana .Anikit played the leading role in Dhamak released in 2014. Dhamak was an action drama that was a moderate success. He acted alongside Swapnil Joshi and Girja Joshi in the movie . Andhal Koshimbir also released this year to favorable reviews. It had veterans like Ashok Saraf and Vandana Gupte alongwith Anikit. The film was a hit comedy family drama. In 2014 , he was a part of the comedy flick Poster Boys produced by Shreyas Talpade. In the film that was based on the subject of male vasectomy, Anikit played a young man who is engaged but is wrongly accused of undergoing vasectomy. Once again he came out good at comedy. His recent films include Spandan, Saawraiya .com, Laadi Godi and many more.

Aniket is reported to be in relationship with Pallavi Subhash who is another TV actress in Marathi and Hindi. The two actors are dating each other for few years now.