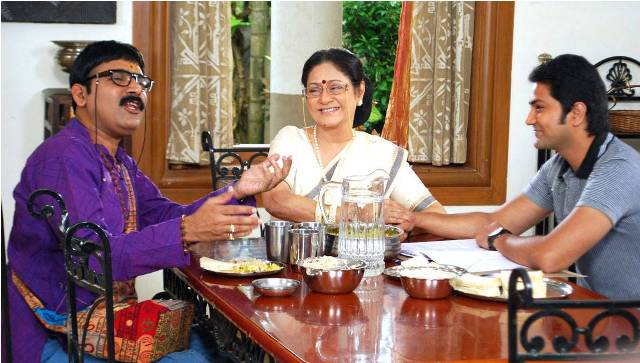 Bol Baby Bol starring Anikit Vishwasrao, Aruna Irani , Makarand Anaspure , Neha Pendse and Siyya Pail released this week . It received a good word of mouth from the audience who enjoyed the family drama. Aruna Irani returned to Marathi films after a long gap of two decades in the comedy in which she played a leading character. Anikit Vishwasrao and Makarand Anaspure also succeeded in making audience laugh .

The film had no major competition at the box office and got a good turnout of audience. It was rightly publicized and thanks to the presence of stars like Aruna Irani and Makarand Anaspure and Anikit, it attracted audience . It received moderately good reviews from the critics as well. On the first day of film occupied 10% of theaters. Whereas on the weekends it is expected to record a collection of 2 Crores

Being a family drama it is expected to catch up with the young and the elderly alike . The reviews show that it has clicked with the audience. In both small and big cities of Maharashtra , it reported an occupancy of above 40% in all. Considering the relies of Elizabeth Ekadashi scheduled for next week, the overall collection of the Bol Baby Bol will be 1 Crore.