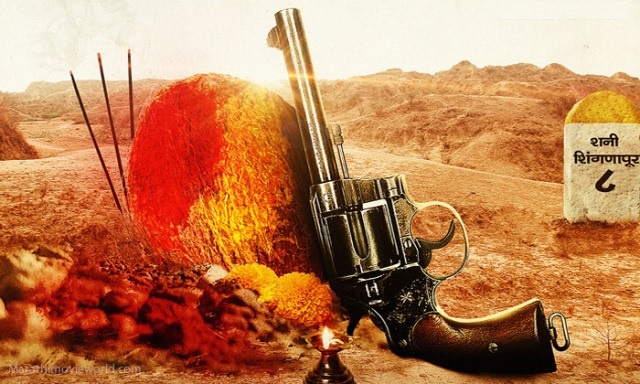 The start of 2016 witnessed the release of the Marathi movie called ‘Lord of Shinganapur‘ which revolved around the faith of different sect of people in this Lord having its base in Shinganapur. However, soon a controversy was seen erupting when women were allowed over the inner sanctum of the Shani Shinganapur temple. The Marathi movie Chaurya is loosely inspired by this very controversy, which is in its completion stage and is scheduled to hit the theatres on 5th August 2016.

The film is produced under the banner of Navlakha Arts in association with Holy Basil Company owned by Nilesh Navlakha, Vivek Kajaria, along with the other film company called Cineleela Talkies. Navlakha Arts & Sadhana Cinema are the marketers and presenters of this Marathi film. The film is directed by Sameer Asha Patil, which seems to have an interesting star cast like Kishor Kadam, Milind Shinde, Ganesh Yadav and Pradeep Velankar Digvijay Rohidas in the lead roles having Dinesh Lata Shetty, Teertha Murbadkar, and Shruti Kulkarni in the supporting roles.

Some of the highlights of the film is that it has a unique presentation style, which has been adopted the first time in any regional movie. This will therefore help even the blind and deaf to enjoy this film ciams the makers of the movie. The film is based on the village called Shinganpur, which has a temple wherein the robbery of the deity takes place. It hurts the sentiments of the villagers along with giving a blow to their faith. The film is a suspense thriller, which has been made over a cool locations backed with a good story claims the director.