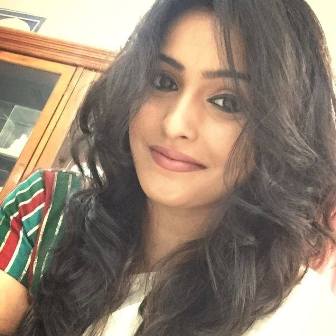 Surabhi Hande is a small screen actress from Marathi TV Serials and Films. She was born on 20th May 1989 in Jalgaon in a music family as her father Sanjay Hande is a big name in music industry. She did her schooling and college from Jalgaon and later headed to make her career in acting since she had the background of singing and dance. She started her career with a play called Swami, which she played at the age of 16 years. Before working in this film, she had also worked with AIR (All India Radio) for the program Sugam Sangit Karyakaram.

Soon in 2011, Surabhi Hande got the chance to work in a Marathi TV serial Ambat Goad wherein she portrayed a negative character, which got rave reviews for the same. In fact, she calls this to be the most memorable role followed by getting a fiery Mhalsa Devi in the Zee Marathi TV serial called Jai Malhar. After working with the two TV serials, she then headed to the Marathi Cinema doing a film called Agga Bai Arechya 2 made under the production banner of KedarShinde production. Besides, she also did a Hindi movie called Standby.

As far as her personal life is concerned, she is still single and not dating anyone as she wants to focus on her newly started career in acting. And lastly talking about her hobbies, she loves singing, which is in her blood thanks to her parents in the musical world besides like photography. She also like Mrunal Kulkarni a lot in terms of actor, while she is of 5 feet and 2 inches.