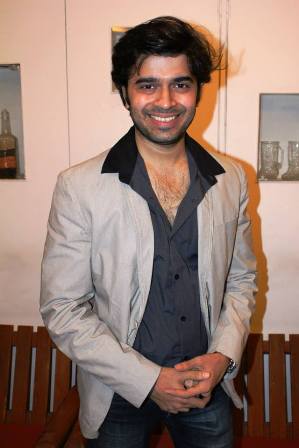 Nakul Ghanekar is a known dance, choreographer and actor. He hails from Anushakti Nagar and later brought up in Thane wherein he was born on 12th April 1981. He has his graduation from the Indian Classical Dance Style Khatak and also trained in Salsa, Merengue, Jazz, Freestyle,Samba, Bachata,Hip hop, Cha Cha, Rock-n-roll and Jive from the globally acclaimed dance schools that is based in the Mumbai, New York, San Francisco and Singapore. He has therefore performed at a number of Khathak Ballets, shows, concerts and movies. He did his schooling from Mumbai and later completed his Masters in Life Science (Biomacromolecules) from Mumbai University. His father is a scientist while mother works as an educationist.

He has performed at a number of dance ballets including the popular ones like the role of Hindu deities like Shri Krishna and others performing at places like Asian Film Festival, Rangavarsha Festival, New Zealand concert at MIFTA Awards at London. In his choreography career, he was seen guiding and mentoring many in films like Happy Journey, Marathi movie On Duty 24 Taas wherein he also acted. He played multiple roles in TV serials like Anolkhi, Ajunahi Chand Raat Ahe along with Marathi movies Pratibimba, Sangharsha and Samarthya.

He also runs his own dance school called Different Strokes Studio since past ten years and has been getting tremendous response for the Salsa Nights at Thane since past half a decade. In these show, he also has workshops wherein he grooms and trains people in different forms of dance, which is very much popular among the youngsters. He has played in a number of plays as well including TuzasathiPriya re, Krushna, Adnyat Zaryavar Ratri and Indira – Role of Rajiv Gandhi. Talking about his personal life, he is married to Nishita Joshi who happens to be HR professional.