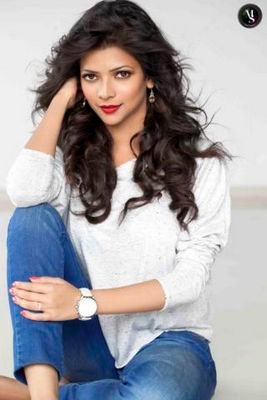 Tejashree Dharane is a TV actress and mostly seen in Marathi TV shows apart from being a model. She was born on 2ndJune1988 in Pune. She hails from Pune wherein she was born and brought up. She went to Ahilyadevi High School for her schooling and later went on to JRVGTI, Pune to do her interior designing course.
Since she was very much active in her student life in things like cultural activities, staring her play at the age of four, she decided to enter into the acting world. After completing her education, she headed to join in a theatre group in Pune, which helped her to groom her acting skills leading to the small screen.

She soon headed to Mumbai to pursue her dreams of acting at the silver screen. And with a brief struggle, she ended up entering into a movie called Radha Hi Bavri. However, her attachment with the theatres wasn’t lost and she was seen doing a couple of plays including Aradhna, Lodhach Logic, Lodhach Magic working with Mohan Joshi in it, followed by another Nava Gadi, Nava Rajya, thus she remained in the theatres doing a couple of plays.

Soon she got her first break in the form of BaavrePrem a Marathi film, which gave her the opportunity to act on the silver screen. However, before joining the said M Town film, she underwent through an acting workshop to face the camera the best.