The M Town unlike the previous week is back with another film and this time it had embarked upon with Lathe Joshi. The titled seemed unique and interesting and so was the story and performances seen in the Marathi movie. Also, the film had positive reviews by most of the critics in the M Town that gave hopes to the makers that the film would do well at the box office. But unlike any other M Town film Lathe Joshi too had similar fate to taste. The film had a meager collection at the end of the first day that didn’t really pleased the makers, however, if it creates a good word of mouth buzz in the next two days, there is hope for the collection.
The film has some good performances to check that was evident during the trailer release time, however, since the film was not able to promote the way it deserved to be hence was seen with the low occupancy. As per reports, the initial shows had a meager occupancy report that tolled to around 5 to 8 percent. It escalated however to some extent in the evening shows with afternoon shows remained the same but at the end of the day there was no pleasing result to give. As pre reports, the first day box office collection for Lathe Joshi reached to around 30 lakhs, which is a meager figure for sure.
Now, if you check the experts they seemed to be in two minds some of them feel that the film could perform provided it is able to garner the buzz in the media while others feel that there is no hope to see a surge at the box office collection. As we see most of the cities in the State of Maharashtra is still hampered with a flood kind of situation including Nagpur, Mumbai, Thane and other places, there are less chances that the M Town audience would turn up for the film. Ironically the film has to suffer due to the bad weather otherwise it could have done something for the audience.
Special Article 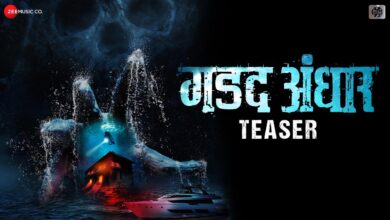