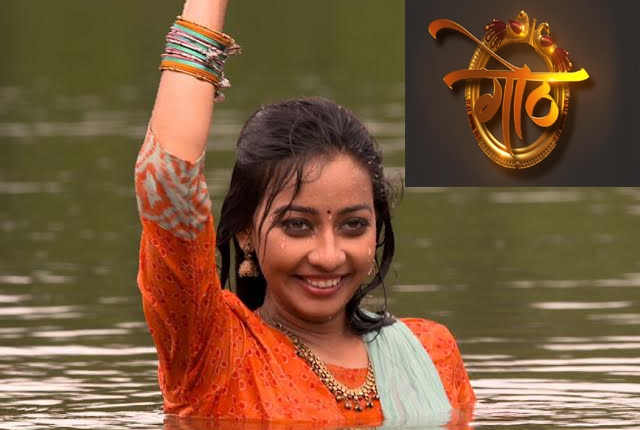 Goth, telecasted on Star Pravah, is another woman oriented serial that focuses on the strengths of woman in a rural backdrop. Goth is being telecasted since 10 October. The female lead Rupal Nand has fresh appearance and fits the role well. The female lead is Radha played by Rupal Nanad who hails from Pune.

The serial is directed by Abhishekh Basu who is the younger brother of successful bollywood director Anurag Basu.

The serial was in news recently as it was the first Marathi TV show that had an underwater shooting sequence. The lead character Radha takes up a challenge to hold her breath for long time under water, she comes out winning the challenge as she stays under water for long time.

Rupal Nand is a blue eyed beauty who completed her course in physiotherapy from the city of Pune. The pretty bubbly girl won the Maharashtra Times Contest and was the Shravan Queen Finalist in 2013. She bagged the prize for Best Personality. Director Satish Rajwade offered her a role in film, Mumbai Pune Mumbai 2 in which she essayed the role of Mukta Barve’s younger sister.

Rupal Nand’s role of Radha is her first opportunity on the small screen. The actress has aims of making it big in acting while she also wants to serve the society as a physiotherapist. Way to go Rupal!