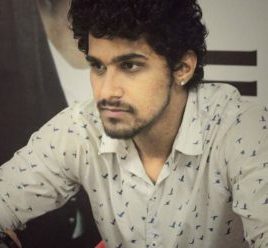 Nitish Chavan is a popular Marathi TV actor who hails from Satara. He was born on 7th July 1990 in Satara wherein he was brought up at. He did his schooling from New English School, Dapoli and college from this place and then went on to do BCA at Kisan Veer Mahavidyalaya Wai followed by DACA course of Designing from Sunbeam Institute of Information Technology, Pune. He has also done C-DAC at Pune.He was simply passionate about dance hence despite his diverse education, he went on to pursue his dream.

He not only pursued his dreams but also made sure to establish his own dance academy called NEXGEN Dance Academy. Hence he is both the dancer and actor and very much famous for his dancing skills. He is now making headlines as Nitish Chavan is playing Male lead character in Zee Marathi new serial Lagir Zal Ji as a Fauji opposite to Shivani Baokar.  Now, he is dancer and has his own academy NEXGEN dance academy at Satara. Besides, he is also working as theater artist Girlfriend while has done several other TV show as well.

Now talking about his personal life he is still to get married and is not dating anyone. This is the basic reason why he is focusing more on his acting profession. Now the actor is making buzz in the media as Nitish Chavan is in news these days for playing male lead character in Zee Marathi serial called Lagir Zal Ji opposite to Shivani Borkar and Shivani Deokar.