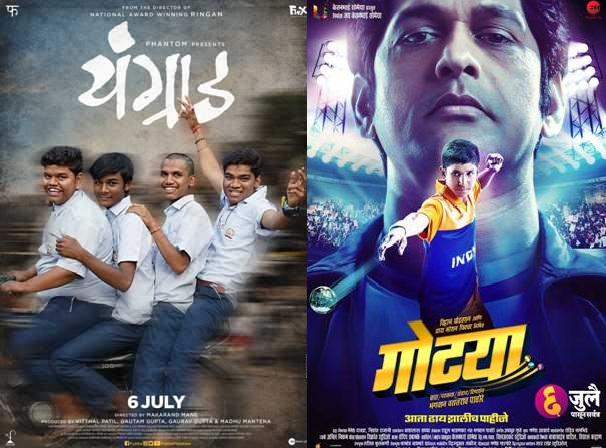 The M Town as we know is not short of movies and this Friday, it hit two films, one was  Youngraad by a national award winner filmmaker and the other was Gotya. Both the films were seen struggling over the box office. All thanks to the low promotion and meager buzz about the movies found over the box office. Well, now, let’s talk about the first day collection of the movie Youngraad. Well, the film dealt with young crowd of four young boys who had all the reason to enjoy and have good time together, while it is directed by Mane who happens to be a known name in M Town. Interestingly, we had the popular film production company of Bollywood – Phantom Films too investing in it that stirred some amount of buzz in the media.
However, it was not that big enough to bring audience large and big over the box office. Well, the film opened up with a meager buzz at the box office and it went on to offer a small collection from the very first show to the last on the first day. Talking about the collection, the 1st day box office collection for Youngradd tolled to around 18 lakhs and it would remain the same in the first weekend as well. Now, time to talk about the second film, Gotya. The film deals with a story of a boy who is obsessed with playing marble, which helps one man to train him and make the sportsman.
The movie had a bad review thanks to the weird kind of story and content along with other things that kept the film not to perform at the box office.In fact, there was barely any kind of buzz seen about the film that helped the movie to underperform. As per reports, the 1st day box office collection for Gotya tolled to 12 lakhs and it will continue with similar figure at the box office collection on the 1st weekend as well. The reason was obvious the Bollywood film – Sanju released last Friday has attracted all the audience far and wide giving nothing much to deliver. Let’s see how things would go for this and other movie but at the moment, the film has a meager buzz and story is too lousy to explore.