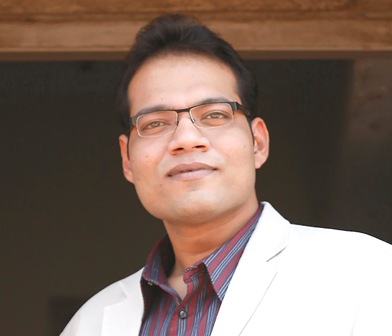 Vivek Kajaria, a man who entered in the film and media industry as Ad film producer. With his dedication and passion towards film, today he is a successful film maker of the movies like Fandry, Siddhant, Anumati to mention few.

Vivek has caught the right nerve of the audience understanding their desire for quality cinemas. This National Award winning film maker continues to amuse us with his upcoming cinemas like Chaurya, Ek Number, Raakshas and many more to come.

Taking a step forward with his pool of knowledge, Vivek Kajaria is all set to try his fortune as director. Vivek has recently completed a short film named ‘Durga’. The story revolves around a poor Village Artist (Bhola), who makes Idols of Goddess Durga, his love for his grand daughter and ultimately the faith of a worshipper of Goddess Durga with the final task to do justice to his very existence and purpose in life.

Adding to the zest, Durga is selected for this year’s Busan International Film Festival to be held in Korea. The film is also expected to be seen at various National and International film festival in this year. In Durga, audience will witness power packed performances by Veena Jamkar, Saachi and Kalyan Chatterjee, produced by Vivek Kajaria’s Holy Basil Productions and also his first attempt as director.

On this occasion director and producer Vivek Kajaria said, “I have personally witnessed the Durga Puja environment in Kolkata, and lived with it for years. Having lived with these people, I personally have lived with this story for years now. This film has given an opportunity to learn more about film making along with gaining technical expertise. I know many directors capable than myself but while making this movie, I was very clear in my head about what I wanted to show therefore I took up the challenge of directing on my own.” 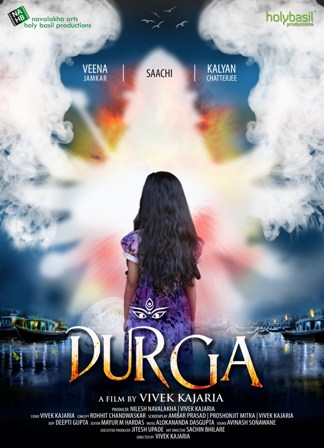 Adding further he said, “I had come to this industry with a passion to make good content oriented and meaningful cinema. Finally after a lot of production work, I got this opportunity to direct something I wanted to share with the world.”