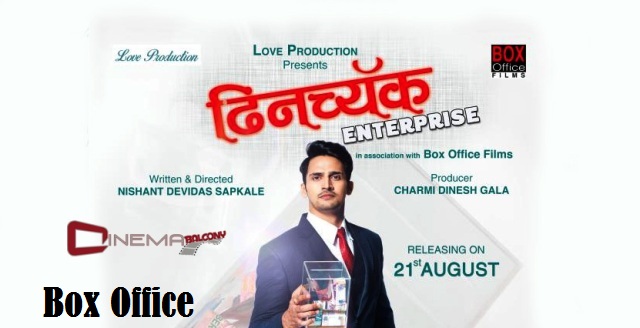 This Friday, Dhinchak Enterprise was among the Marathi movies released in Marathi Cinema. The movie starring Bhushan Pradhan and Manava Naik had a decent opening in terms of regional movie collection. The Anant Jog, had a decent buzz in the media after the advent of its trailer surfacing over the social media platforms along with its promotion in various platforms. The mixed movie reviews did some damage but the limited number of screens also came in its way. Yet if you check in the regional movie perse, the collection at the end of its first weekend could be called as a decent one.

As per reports, the first weekend box office report for Dhinchak Enterprises tolled to around 1.34 crores, which is a decent figure, considering the mid level budget film and limited number of screens available for the Marathi cinema. The film managed to survive with good content backed by good performances and subtle social message. As the word of mouth for the film seems to gear up for the film, you can certainly expect a decent surge in the coming days. The overall picture for the film seems to be okay speaking in terms of collection and performance over the box office.