Madhuri Dixit’s To Embark upon as a producer for Netflix 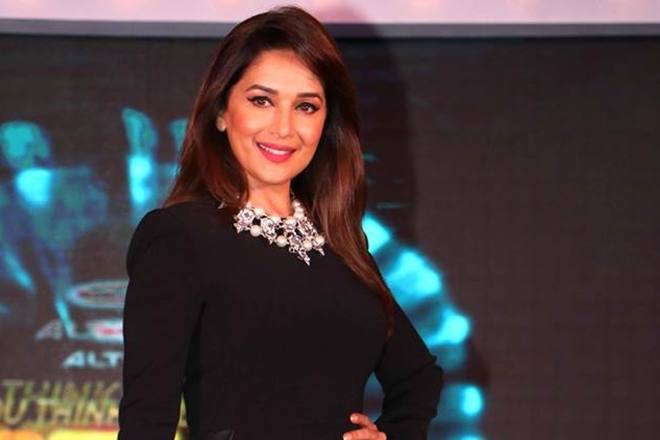 After trying her luck in M Town film Bucket List, the Dhak Dhak Girl is back with another Marathi venture but this time she is not coming out as an actress but a producer of the film called 15th August. The film is slated to hit the streaming platform Netflix on 29th March 2019. Talking about the venture, she came on the Microblogging site – Twitter and shared teh news to her fans and followers. She wrote, how excited she is to share about her venture as a producer for her Marathi venture.

So happy to finally share with you the trailer of my 1st project as a producer. This one’s very close to my heart! Coming Soon on @NetflixIndia #15AugustTrailerhttps://t.co/94OnDDAoPi#SwapnaneelJayakar #MrunmayeeDeshpande #RahulPethe @adinathkothare #NitinVidya #RnMProductions

The film revolves around a couple who choose the Independence day eve to get engaged to each other despite the strong opposition by the girls’ parents. While the ring falls into the whole, a small boy tries to get the same in the Gandhi Chawl. Soon it come along with a number of mysteries that remains inside waiting to be exposed to it and how the people in the area would react would be interesting to catch.
This is the debut venture of Madhuri Dixit Nene who has been busy with other B Town projects as well, which include her upcoming movie Kalank. The film is produced by Karan Johar, while she would be seen with Varun Dhawan and Alia Bhatt along with Sonakshi Sinha and Sanjay Dutt. The two Dutt and Madhuri would be seen together after more than two decades in any film after the lady broke up with Sanjay during his alleged case in arms act. Well, you stay tuned to know more about this news and others only with us till then you can comment on this debut venture of the lady.
Share