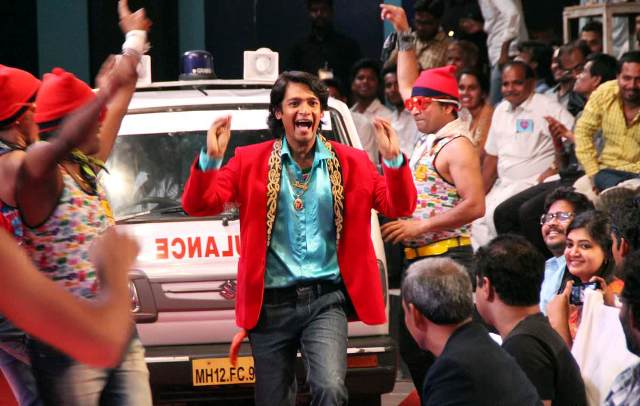 TimePass 2 can easily claim to be the most awaited Marathi film of the year. Its prequel was the first Marathi film to cross the boundaries of the Marathi speaking state and set a record breaking collection. Expectations was galore with this sequel. And does it live upto it ? ! Let’s find out.

Prajakta , Lovingly called Praju, is no longer the studious girl. Her dreams have changed and she has moved to Mumbai. Surprisingly she is none other than an item girl now with dreams of making it big in the film industry. Dagdu on the other hand still dotes on her and would do everything and anything to win his lady love over again. The real test of their love is now not between Dagdu’s parents and Praju’s but between the ambitions of the two youngsters . How their love endures this test is the true thrill of Time Pass 2.

Priyadarshan Jadav not a very well known name among Marathi actors turns out the surprise package of the movie. He is a Rajnikant and a Salman all jammed into one for his screen presence is power packed. There is a spontaneity in the actor that makes him very entertaining with just the right regional touch to it. Whenever Prathmesh Parab, Dagdu of the prequel, come together for a scene, the timing of the two is simply marvelous.

Priya Bapat has an exhilarating screen presence. The ambitious girl who is unlike the innocent teenager played by Ketki Mategaokar is quite street smart. Priya portrays the complexities as well as the light shades of the character with equal panache.

Ravi Jadhav has succeeding in meeting he expectations once again. The film which was the highest grosser in Marathi cinema before Lai Bhari broke the record, might just create another one with this sequel that is loaded with wonderful performances. Music by … is the soul of the film. The script is well thought out and has maintained the soul of the prequel whereas there is fresh and surprise elements in the right amount.

Time Pass 2 is great watch. There will be no moment when you will not enjoy this story of the four lovers and their complicated and intertwined stories. It’s a journey you should go on board this weekend.