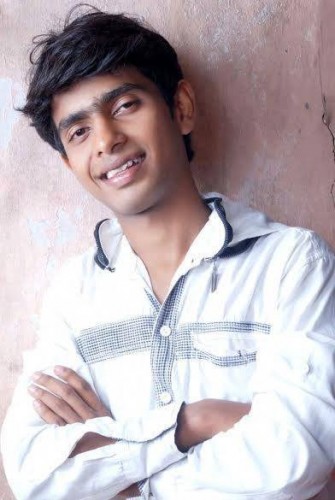 Pramathesh Parab played the naughty yet innocent Dagdu in the Ravi Jadhav film Time pass released in January 2014. The film went to become highly successful and was appreciated by critics and audiences alike. Having no stars to attract the audiences, time pass won hearts only for its story and brilliant performances by the lead actors Prathamesh and Ketki Mategoakar.

Pramathesh is 20 years of age and has already become highly popular and has been hailed as a promising actor. Before Time pass, he has acted in a previous hit film by the same director named Balak Palak which came in 2012. He played the role of Vishu in the movie that was based on the subject of sex education among children. The film too was a huge hit for its humor and performances. Prathamesh received the best upcoming actor in Marathi award in 2013 Life Ok awards.

Prathamesh Parab had his schooling from Holy Cross high school. Balak Palak made him an overnight star for his acting skills in the film was much appreciated. Later with Time pass, Prathamesh became even more popular. Time pass is about Dagdu, a newspaper boy who wants to have a “timepass” relationship with Prajakta who is a well educated girl. Beginning on the note of time pass, Dagdu eventually falls in true love with the girl and how they both find their way out from the rules and restrictions laid down by the society is the story all about.

Prathamesh played the character of Dagdu with a spontaneity and vigor that suited the character best. He aptly portrayed all the emotions and moods of Dagdu from excitement to anxiety that is essential for a teenager. The 20 year varied his moods from energetic to somber with great skill. Prathamesh’s performance was said to be a great contribution in the success of the film.

Time Pass 2, the sequel of the movie has got on board. The movie is slated to release late this year. Prathamesh is once again playing the lead in the film.