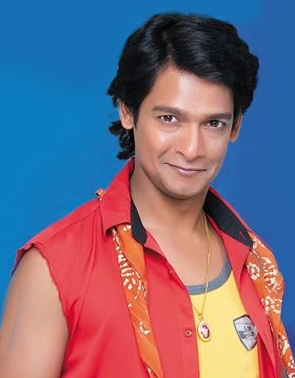 Priyadarshan Jadhav might be a lesser known name in the domain of acting but very few are acquainted with the fact that he is a multifaceted personality i n the Marathi film industry. With a zeal to become a filmmaker Priyadarshan stepped in the Marathi film industry at a young age. He has been a director, producer, script writer for well known films. But once he was cast in the sequel of the super hit film TimePass 2 , we see his face flashing everywhere with  his ecstatic smile which in Marathi , they say : Bindass!.Coupled with the beautiful Priya Bapat , he is a great contrast for the actress for his rustic and unsophisticated looks in the film. Well, seems like that goes with the director’s plan of keeping the spirit of the Super hit prequel alive. In Time Pass 2 , starting Ketki Mategaokar and Prathmesh Parab, the boy was a rustic fellow while the girl was sophisticated charming.

Not having the looks of a conventional hero, Priyadarshan simply found the role of a hero far from his reach although he did make appearance in a few films as an actor. Having worked behind the screen ample number of times Priyadarshan is adequately acquainted with the nuances of filmmaking. Time Pass 2 which releases on May 1, may just turn out to be a trump card for the actor. His spontaneity and boldness is a talent to bank on for the director.

Priyadarshan has played pivotal roles in films like Chintoo 2 in 2013 and Vijay Aso in 2012. He was the associate director for the film Hapoos in 2010. 2013 released Khajinyachi Chitrakatha was also one of the opportunities to prove his acting or him. Besides this he has penned down dialogues for the hit film Jatra. Portraying comic roles became his forte and he played entertained the audience in films like Jay Maharashtra Dhaba Bhatinda in 2012. In the early phase of his acting career , he has also acted in a few TV serials . From there he was picked up for a few comic roles in lesser known films.

This multi talented ” character” has laid his hands over almost all the domains of film making. He made his directorial debut with the film Kyu Ki in the year 2005.

Interestingly, Priyadarshan’s contribution to Time Pass 2  is not only as an actor. He has also contributed to the script and screenplay of the film which is directed by accomplished director Ravi Jadhav.