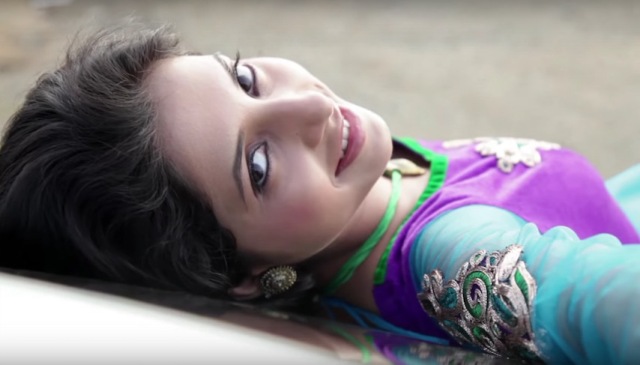 Popularly known as Gauri from the TV serial Kahe Diya Pardes on Zee Marathi, Sayali Sanjeevya Chandsarkar plays the sweet female lead in the show. She essays the role of a Marathi girl who falls in love with a boy from Uttar Pradesh. The young couple are both ambitious and sensible. Their marriage progresses and we can see the cultural differences creeping in their lives. The serial portrays the beauty of Marathi culture and how the people impresses others with their simplicity and their nature. Kahe Diya Pardes is getting highly popular on the channel Zee Marathi. In 2016, it has bagged many awards in viewers award show. The serial is being aired since march this year and recording high TRPs.

Sayali Sanjeevya hails from Dhule, Maharashtra. She was born on 31 January 1993 in Dhule. After her initial schooling in Dhule, Sayali went to Nasik to pursue her higher studies. She studied B.A. from Nasik and from there she picked up few modeling projects. Sayali, being tall and slender got many offers.

Sayali was spotted by advertisers and she acted in ads for products from Quikkr, Swarovski Gems and Dentzz. Sayali auditioned for the show Kahe Diya Pardes while she was studying. This opened up doors for her role in the show.

Sayali has been a part of movies. Her movies include Police Line, Alibagh Bypass, Atpadi Nights. Sayali has played important roles in Bengali and Tamil films.

Sayali was a smart student and a quick learner. Sayali completed her degree in Political Science, the subject in which she is immensely interested. Sayali says she had high aspirations of becoming a political analyst if she had not stepped into acting which is also her loved profession.