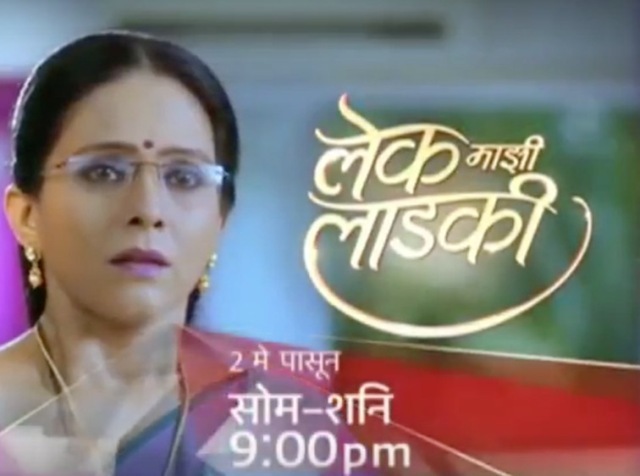 There is no dearth of Marathi TV serial these as this year witnessed a number of them over the slew of Marathi Channels. One of these include Lek Majhi Ladki, which has hit the channel Star Pravah being aired at the right time at 9PM and happens to be the six day TV serial with coming o 2nd of May 2016. The TV serial has an interesting star cast starting from Aishwarya Narkar who has already made her presence over Marathi Channels along with another known actor from Marathi small screen called Avinash Narkar. Apart from the two in the lead roles, the other actors include VikasPatil, Nakshatra Medhekar and Sayali Deodhar who will be seen in the lead and supporting roles.

The TV serial – Lek Majhi Ladki is basically a family drama, which simply revolves around the life of mother and daughter relationship. It has an over caring and sensitive mother that can also prove fatal at times for the people surrounding her. In the modern lifestyle, it is imperative these days to give space to everyone in the family, which seems to be hampered within the family and thus begins the problems as showcased in the TV serial. However, the family shares a good bond as well, which is interesting to catch. This TV serial has replaced the other one called EK Number that was aired at the same time slot.