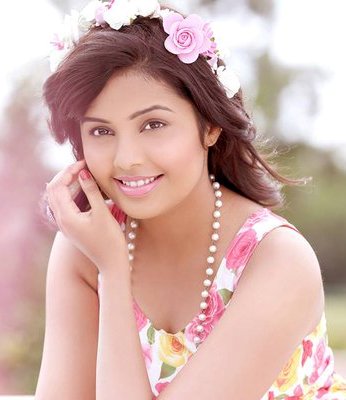 Shivani Rangole is a Marathi Movie and TV actress, who is also known for the flair of writing. She is a classic example of beauty with brains. She was born on 28th October 1995 in Chinchwad near Pune, while she was brought up in the said city. She did her schooling from Abinav Vidyalaya and later for her college headed to Ferguson College in Pune doing her Bachelors of Arts. She comes from a non-filmy background as her father is a mechanical engineer and her mom is a school teacher. During her student life, she has been active in cultural activities and was known to be the part of a couple of plays, which has further helped her to decide her career in the acting world.

One of Shivani Rangole known play includes Anathema, while she has been active in a number of competitions held at the college level. Hence once she completed her studies, she was seen getting the offer from the small screen world. She only did one TV serial known as Shejari Shejari Pakke Shejari, which was aired at Zee Marathi. Shivani Rangole played the character called Mahua, which received good rounds of applauds. Soon she managed to get an offer from M Town for the film Phuntroo, which are recently released, while her upcoming films include Chintoo 2: Khajinyachi Chittarkatha and & Jara Hatke.