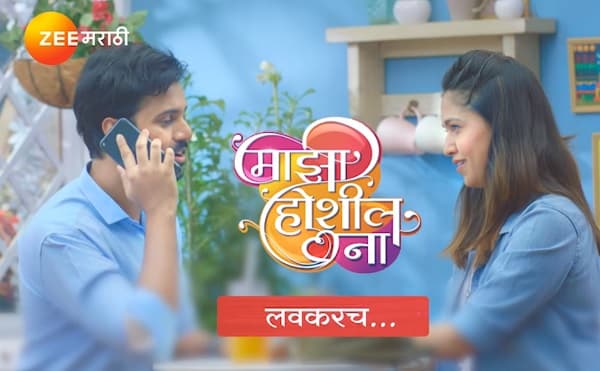 Synopsis: The popular Marathi Channel – Zee Marathi is all set to bring a new TV show called Maza Hoshil Na, which will replace the popular TV serial called Swarajya Rakshak Sambhaji. The TV show has Virajas Kulkarni and Gautami Deshpande in the leading roles, while others like Nikhil Ratnaparkhi, Achyut Potdar, and others would be seen in supporting roles. The makers have released the teaser of the TV, which seems to be garnering good buzz amidst the media. The promos are getting a good response on social media indicating that the show would get a good response for sure.

Talking about the story and content of the show Maza Hoshil Na, it happens to be a romantic family drama, which is all set to hit the channel soon. Besides catching up on the TV show on the said TV channel, it can be even be watched on the Zee digital platform – ZEE5. One can see an interesting love story between Virajas Kulkarni the leading man and Gautami Deshpande the leading lady in the show. The release date is yet to be announced by the makers, but it is likely to start soon. Stay tuned to know more about this TV show and others only with us. Meanwhile, if you have anything to share, do let us know by commenting below.