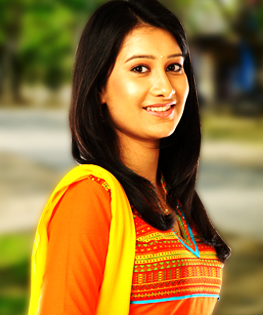 Nakshatra Medhekar comes from Thane wherein she was born on 17th February 1985. She had her primary education from the school in Thane called Bhagwati School and currently doing her college. She comes from a non-filmy background as her mother works as a social worker while her father is based abroad for his overseas job. She was in college only when she got the chance to be the part of the TV series called Maziya Mahera where in she had played the character of Pallavi Deshmane. Her career is barely one year old yet she has impressed the audience with power packed performance.

Nakshatra Medhekar role in the said debut TV serial include of a homegrown girl whose parents aspire her to settle down with marriage, but her desire to become a collector turned into reality when she works hard to earn that position. Talking about her personal life, she is unmarried and not dating anyone as she wants to pursue her dreams in the world of acting. In her recent interview, she has shared something about her life unveiling the list of favorites like Favorite Directors – Ganesh Rasane and Mandar Devasthali, her favorite B Town film is Maine Pyar Kiya while in M Town these include Ashi hi BanwaBanwi, Aga Bai Arechya, while her favorite play is Bechki.