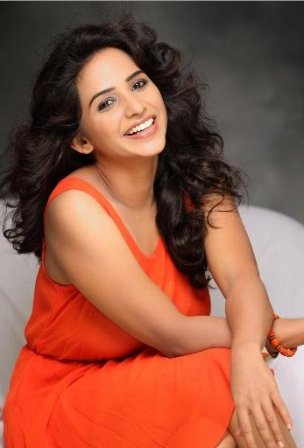 Veena Jamkar is a known actress, and was born on 10th July 1984 at Nasik. She did her schooling from Nasik, but for her college, she went to Mumbai wherein she completed her Bacheloars in Ruparel College in Mumbai. Since her college days, she was active in theatres and has been the part and parcel of a number of plays. Some of these plays include Dalpatsingh Yeti Gava, Char Diwas Premache, Ek Rikami Bajoo and a number of Ekankikas at the College Level. After her college, she continued to work in different plays till she got her break in movies to act.

Veena Jamkar first film was Bebhaan Valu, which reaped some applauds for her. Soon she got the chance to do a couple of offbeat films till got a commercial movie. Some of her movies include Gabhricha Pau,  Janm, Marmabandh and Lalbaug Parel Bhakarkhadi Some of her recently released movies include 7km in the year 2014 followed by the others like Taptapadi, Kutumband  Tukaram, while her upcoming Marathi film is Lalbaugchi Rani wherein she has a lead role in it, which is directed by Laxman Utekar and produced by Boney Kapoor. As far as her personal life is concerned not much is being known about her life, but she is still unmarried and continue to work in M Town keeping her life focused in her professional career than the local ones.