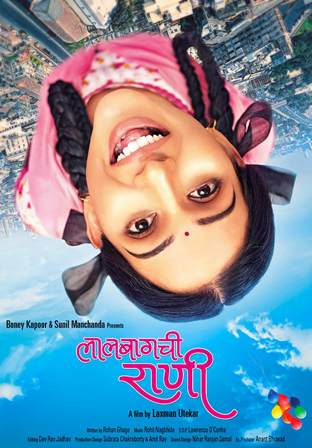 As you find Lalbaug Cha Raja is famous during the ten days Ganesh Ustav in Mumbai, similar will be the upcoming film Lalbaugchi Rani in Marathi Cinema. The film is a debut venture of Boney Kapoor along with Sunil Manchanda, whilt ie is directed by Laxman Utekar. It has Veena jamkar, Prathamesh Parab, Neha Joshi, Parth Bhalerao and Ashok Shinde in the lead and supporting roles. After venturing with the previous film Tapaal last year, the director is back with Lalbaugchi Rani. The film is expected to hit this New Year.

After venturing in B Town movies, Boney Kapoor has invested in any Marathi movie for the first time hence it is obvious to see certain influence of this industry. This is the reason why one can find Bollywood technicians including Nihar Ranjan and Lawrence D’cunha. The film revolves around the life of a young girl who seems to go missing after the visit to Gateway Of India in Mumbai. Then a massive search operation starts by her family and friends. The film is all about an emotional drama, which also unveils of visiting this city to pursue their dreams, however, the way it shatters amidst the tragedy of missing their daughters, becomes the main subject of the film.