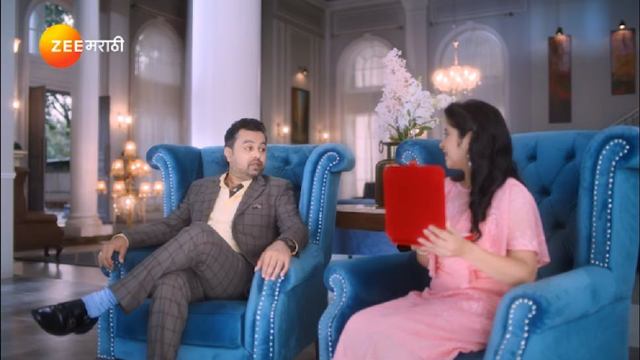 This time the Zee Marathi the popular TV channel is embarking with a TV show called Tula Pahate Re, which is directed by Girish Marathi. The lead stars cast include Gayatri Datar & Subodh Bhave who would be playing the characters called Isha and Vikram respectively in the said show. The genre of the TV show happens to be Romance and love, while the show is produced by Atul Ketkar and Aparna Ketkar. The timing of the series is yet to be announced, however, the show will be hitting this August. Subodh who has been away from the Marathi TV shows since past two years and thus making his comeback over the small screen.

The last time we saw the actor was in the show called Ka Re Durawa with the role of Boss Avinash Dev who happens to be tough from outside but is a soft hearted man from inside. The audience had liked him in the said character and performance. Now, after two years, he returns on the said show at Zee Marathi. Now, talking about this TV series, it deals with a story of Isha and a man Vikram Saranjame and the relationship between the two.

The TV Channel is seen venturing into a new theme and it is about the love despite having all the age difference found in the said couple. So, how things move in the coming time would be interesting to catch. The promos of the TV show is on and is gaining good buzz in the media and it also tells us that the show would big enough. The makers are yet to make any revelation about the show except sharing the promos of it. Subodh who has entered into M Town films as well is back on the small screen wherein he is expected to unleash several aspects of his talent and acting skills. Stay tuned to know more about this show and others with us.