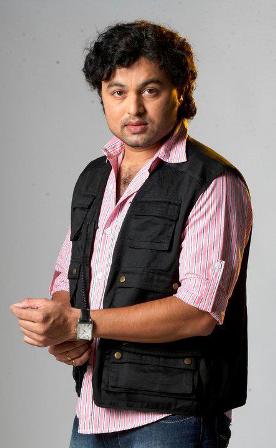 Subodh was a young man with dreams in his eyes when he began his career in an IT company. Today he is an award winning actor and has won an award as a singer too. He is an acclaimed actor in Marathi cinema who has been part many good films and worked with critically successful directors. Starting his career from Marathi television and theater , he has a long list of serials and films behind today after completing more than a decade in the Marathi industry. Recently the actor played the lead role of Anikit Pradhan in the Rajendra Tilak directed film A Rainy Day. Veteran Actress Mrinal Kukarni played the female lead role in the national award winning director’s movie. The movie that released in Jan 2104, did not succeed at the box office, nor was it critically well received but the Subhodh made the best of the opportunity to display his excellent acting skills.

Not much long back, in 2013, he played a n important in another award winning film , Anumati which was directed by Gajnedra Ahire. The film won international awards and was highly acclaimed by critics. Subhodh played the role of the son of the lead pair Vikram Gokhale and Rima Lagoo. This was his second film with the director as before this , he has acted in Touring Talkies, another quality film which was based on the old ways of Talkies in villages. In the Rani Mukherjee starrer Hindi release, Aiyya , Subhodh played an important role of Madhav.

In the 2009 released film Agnidivya ,Subhodh played the character of Acchut . The film went on win state awards. He struck gold with is performance in the film Man Pakharu Pakharu in the year 2007 for which he won many awards including Zee Gaurav award. He played the role of Dr. Neelay Raje in the story which portrays the warm relationship between a doctor and a patient. Another feather in the cap was the 2011 released film Balgandharva which was again a brain of national award winning director and producer. The film brought him appreciation from all quarters and he also bagged many awards for the same. The 2010 released Ranbhool also brought him laurels. He played a musician who is obsessed with music and proceeds into psychosis.