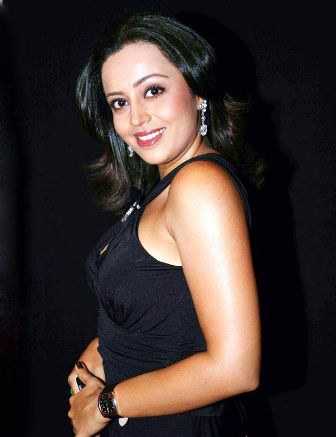 Neha Pendse was one of the favorite daughters on Indian television , before she entered films . Though she is a lesser known actress in films, she is a very familiar face for the Hindi television audience. Apart from playing small roles in Hindi films like Devdas, Dag : The Fire, Deewane and many more, she has also acted in many regional films. With her excellent acting skills and girl next door looks, she bagged many potential roles in Malayalam, Marathi , Telugu and Tamil films. Recently she was seen in films like Dil Toh Baccha Hain Ji ( 2011) . She played a vital character in the film A Rainy Day that released in 2014, in which Mrinal Kulkarni and Subhodh Bhave played lead roles. The film was directed by National award winning director Rajendr Tilak. Dusari Gosht in Marathi which released in May 2014. In the film, which was a socio political thriller, she shared the screen with veterans of Marathi cinema like Vikram Gokhle and Renuka Shahane. The film depicted the political scenerio of Maharashtra and was appreciated for its diligently crafted characters.

Though Neha had never gone off the television serials, she was noted most for her role in the serial Bhagyalakshmi. Later in the Marathi dance reality show Eka Peksha Ek Apsara Ali , she impressed everyone with her dancing skills and won lots of praises. Her film career took off from their and she acted in various Marathi films like Agnidivya. The film was not a box office success but it won her the state award. Later the actress worked in films like Karuya Udyachi Baat’ which won an international award.

In June 2014, she was part of comedy titled Hu Tu Tu in Marathi which created a laugh riot for the audience. In the film she acted alongside JitendraJoshi, Manasi Naik and Ashok Saraf.

Though she disappeared from Marathi and Hindi films completely ,it was in south Indian films that she has worked most. In the recent years , she has appeared in numerable Malayalam and Telugu films that includes Snake and Ladder ( Malayalam ), Twinkle Twinkle Little Star ( Malayalam ) , Sontham ( Telugu ), Veedhy Rowdy ( Telugu).