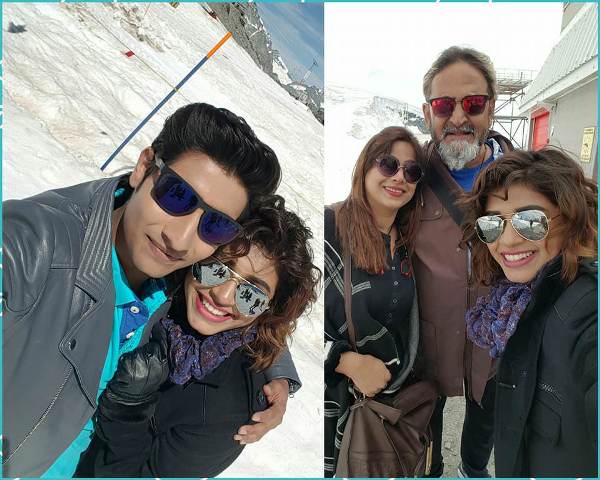 Akash Thosar the Sairat fame actor is riding high  in his success ladder. He is now seen in upcoming movie called Friends Unlimited directed by Mahesh Manjrekar. The movie is about the young generation and their issues. This movie has Sanskruti Balgude and Satya Manjrekar in the lead roles. The film is already on the floors with current shooting locations in the popular locations of Europe in Italy. The lead actors were seen sharing their photographs and videos over the social media platform called Instagram giving some picturesque location based images.

Akash has also seen posting a couple of photographs of his own along with his co-actors and filmmaker with the snow-capped mountains at the back. FU is his second movie after the hit film called Sairat. Akash has been a small time wrestler from a village near Pune and was spotted by the Director’s brother in the village before he was called for the auditions. His debut film was a big hit and applauded by many within and outside the Marathi Cinema. His boyish look with a cute smile has made him popular among the female as well.