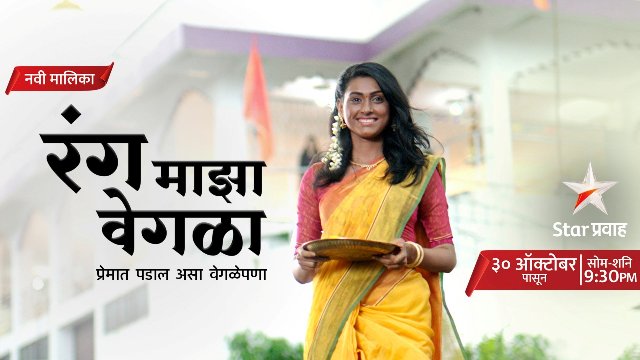 Synopsis: The TV show called Rang Majha Vegla, which happens to have a star cast with actors like Harshada Khanvilkar, Reshma Shinde, Aashutosh Gokhale, Anagha Atul and Atul Ketkar who are seen in the leading and supporting roles. The TV show happens to be aired at Star Pravah, which happens to be a popular Marathi TV channel. The makers of the TV show have released the promos of the show which seemed to be liked by all. The TV show is all set to start from 30 Oct 2019, while it starts from Monday to Saturday sharp at 9.30 PM.

Now, talking about the TV show’s plot and happens to have a very entertaining and exciting storyline. It also showcases the story of the girl who happens to have a dark skin color that people consider to be ugly, but he is known to have a heart of gold, which others would fail to understand. It is also be seen on the online platform as well called Hotstar. In the show, we will see Ashutosh Gokhale play the lead role in the TV Show. Last we saw the actor in the popular TV show at Zee Marathi show known as Tula Pahate Re while he played the role of Jaydeep. The fans are simply excited to see the actor in the new look and avatar. If you are looking for more on this, stay tuned on this.