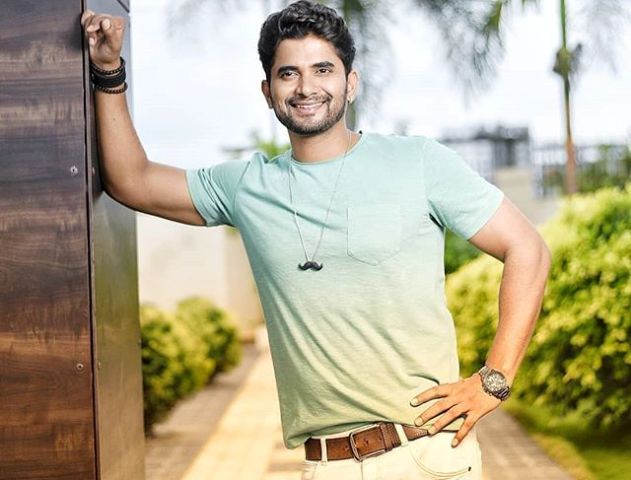 Vijay Andalkar is an actor who is more active in Marathi TV shows and films. He hails from Nashik where he was born and brought up at. He did his schooling and college from Nashik and was often remained active in social and cultural activities getting the chance the chance to act in college plays and dramas. This developed his interest in this field and he soon came in touch with theatre groups doing plays. He then headed to Mumbai to pursue his dreams in acting once he completed his studies.

He continued working in theatre groups and soon got the chance in small screen with Marathi TV show getting smaller roles. However, his big role in the from of Sanjay Leela Bhansali movie called Bajirao Mastani in 2015 with Ranveer Singh, Deepika Padukone and Priyanka Chopra that gave him a good exposure working in the camp of Peshwa Bajirao in the film. SInce then it was no looking back for the actor. He then bagged his first Marathi movie called 702 Dixits in 2016.

His next film was Mr. and Mrs. Sadachari, which was released in February 2016. He was seen in Salman Khan production venture film called Ghanta and Dhol Tashe. He was then seen in a psychological TV show called Vartul he was applauded for his work in this TV show. He will be soon in a TV show known as Lagnachi Wife Wedding Chi Bayko. Talking about his personal life, he is single and not ready to mingle as he is still focussing on his career. Stay tuned to know more about him and others only with us. Till then you can comment below.